Avinor opened a new terminal for its Bergen, Norway airport this month, with a capacity to handle 10 million passengers per year.

The terminal officially opened on August 17, 2017, a more modern, spacious and logical terminal with a wider range of restaurants and shops.

Government and Norwegian aviation representatives and other specially invited guests gathered at the airport, which was officially opened by Prime Minister, Erna Solberg.

Solberg spoke about how the airport is important for the entire region.

She said “Flesland plays a vital role in tourism and industry in the region. Now that the airport has doubled its capacity, we have a large international airport that Western Norway can be proud of. 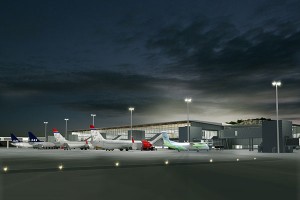